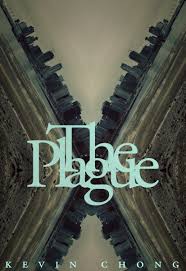 A modern retelling of the Camus classic that posits its story of infectious disease and quarantine in our contemporary age of social justice and rising inequity.

At first it’s the dead rats; they start dying in cataclysmic numbers, followed by other city creatures. Then people begin experiencing flu-like symptoms as well as swellings in their lymph nodes. The masses react in disbelief when the official diagnosis comes in and later, when a quarantine is imposed on the increasingly terrified city.

Inspired by Albert Camus’ classic 1947 novel, Kevin Chong’s The Plague follows Dr Bernard Rieux’s attempts to fight the treatment-resistant disease and find meaning in suffering. His efforts are aided by Megan Tso, an American writer who is trapped in the city while on a book tour, and Raymond Siddhu, a city hall reporter at a daily newspaper on its last legs from the latest round of job cuts.

Told with dark humour and an eye trained on the frailties of human behaviour, Chong’s novel explores themes in keeping with Camus’ original vision–heroism in the face of futility, the psychological strain of quarantine–but fraught with the political and cultural anxieties of our present day.

Reviews
The best known examples of classics revisited have offered new interpretations of their originals from previously marginal points of view … The Plague is a novel which stands up well in this lofty company. ―Toronto Star

The complexities of racial tensions and income inequality are explored through the lens of The Plague, Kevin Chong’s nuanced study of human nature under biological siege, and a terrific riff on the Camus classic. It combines all the horror of The Walking Dead’s best episodes with a timely investigation of moral and philosophical courage, failures, and the grey spaces between. ―Eden Robinson, author of Son of a Trickster

The Plague is Kevin Chong’s artfully wry parable of contemporary social relations. Gripping, funny, and engagingly metafictional, it offers a timely reboot of the modern classic. ―David Chariandy, author of Brother and Soucouyant

Chong’s rendition of The Plague stands up as a dystopian drama with nuanced characters and tense relationships … In reworking Camus, Chong manages to frankly confront the ailments of an urban environment that is sick in more ways than one. ―Quill and Quire

Chong’s novel is a compelling work of storytelling, which stands on its own feet, quite independent of Camus’ work. ―Ormsby Review

A successful experiment in storytelling and an homage to one of the 20th century’s major novels. … Chong’s novel works as a stand-alone piece but read back to back with the original, as was done for this review, the two versions conduct an impressive dialogue. Taken together, the two novels reflect on fundamental questions of mortality and death, human connection and, solidarity and estrangement. ―Vancouver Sun

The mastery of Chong’s novel is that it doesn’t indulge in the excess of dystopian squalor, but chooses instead to refract inequality, oppression, and domestic strife in everyday life through the hope that work brings. ―subTerrain